Daisy, my adorable maltese furbaby, is 9 and thriving.  If you know me at all, you know that I’m a crazy dog mom that’d do anything and everything for her liddol pup.  She was diagnosed with diabetes about 2 years back, and life’s changed quite a bit for her, but she’s healthy, regulated, and most importantly, happy so all’s good in the world. 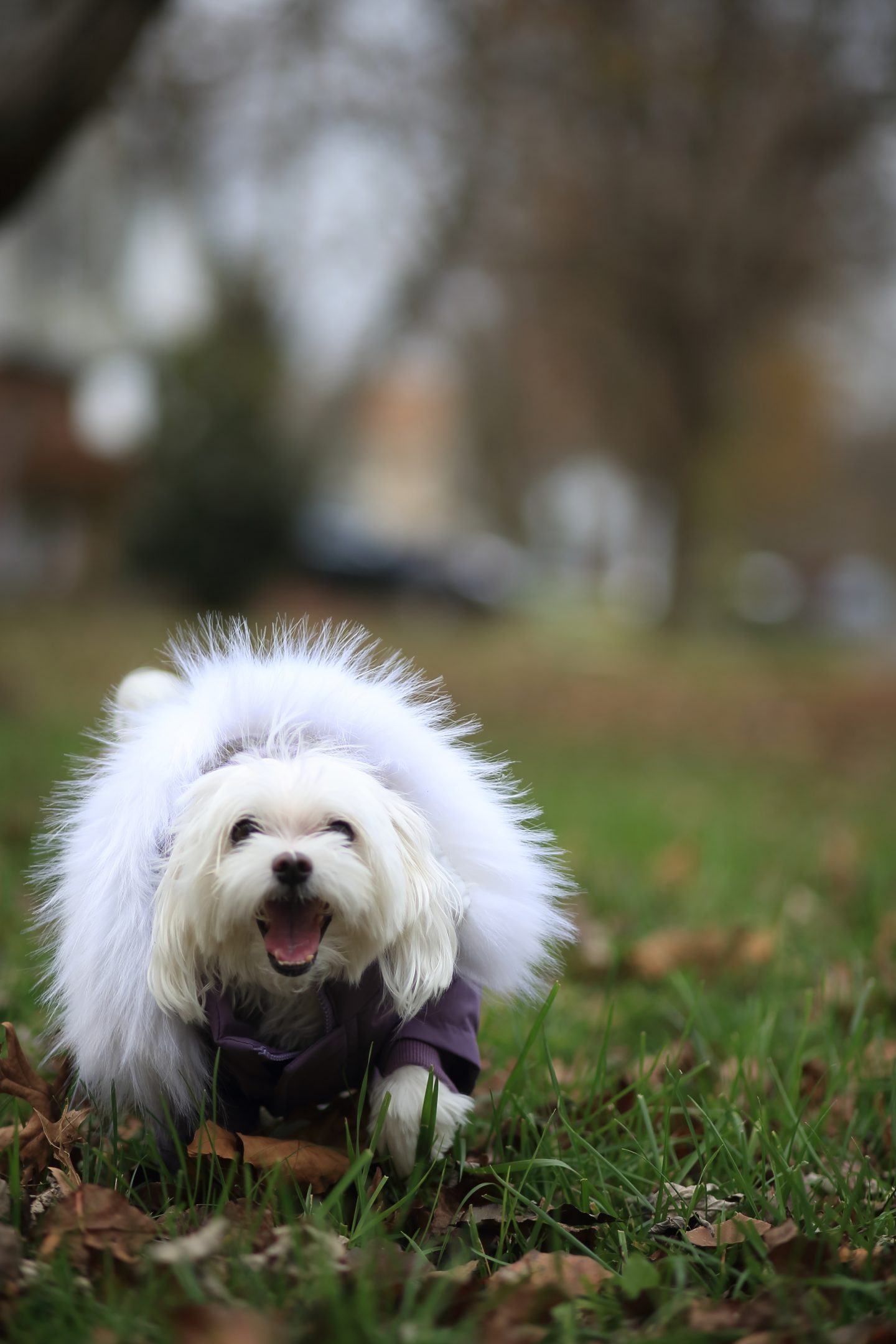 When I first found out about her condition, I did a ton of googling and didn’t find much out there so I wanted to help fill the void with my experience.  I thought about creating a “furbaby tab” on my site for years, but I never got around to it, but I figure it’d be helpful so here we are.

How do you know if your dog has diabetes?

I’m obviously not a veterinarian so I can’t give you a detailed medical response, but the tell for Daisy was excessive peeing + drinking and lethargy.  She’s typically a bundle of energy so when she spent the majority of her day sleeping (several days in a row), I knew something was off.  Real talk though, I had no idea it was diabetes – thank god I took her in when I did because that could’ve been potentially catastrophic.

How did you get your dog regulated?

This was TOUGH, and it took quite a bit of time along with many, many trips to the veterinarian.  Consistency was key though.  Daisy eats at 6:30AM and PM every day and gets her insulin shots at 7AM and PM.  Docs have told me that there’s about a 2 hour window for emergencies, but if you can, you want to make sure your furbaby eats/gets injected at the same time on the regular.

We took her to get a glucose curve every 3-4 weeks to make sure she was on track with her dosage.  If you’re wondering what a curve is, it’s basically a procedure where you leave your furbaby for the day, and your vet takes a sample of their blood every couple of hours to test blood sugar levels to make sure everything’s stable.  Then, depending on results, you adjust their medicine accordingly.

She’s currently taking Humulin, and it’s been working great for her.  It’s a “human” medication, and it’s crazzzzzzy expensive, but my veterinarian – whom we both trust and adore – insists that it’s the best option for her so that’s that.  One bottle lasts for about 2 months – you want to throw it away once the liquid starts getting cloudy – and it’s about $160 from Costco + a box of syringes which is $16 or so.

As you can imagine, her diet has changed drastically since her diagnosis.  She eats a combination of wet/dry food from Royal Canin called Glycobalance that’s made for diabetic dogs.  I give her a mix of both for some variety along with chopped veggies.

Yeah, I told you I was a crazy furmom.  I give her spoonful or two of steamed carrots, zucchini and brussels sprouts along with some unseasoned meat (fully cooked) on top.  As for treats, she gets her daily Greenie, homemade chicken or beef jerky and occasionally, a bit of Korean sweet potato since she loves it so much.

Now that she’s regulated, she’s totally healthy, at least for the most part.  There have been some recent developments, but more on that in a bit.  I take her out for a 35-45 minute walk daily at around 4PM, and she loves playtime more than anything! 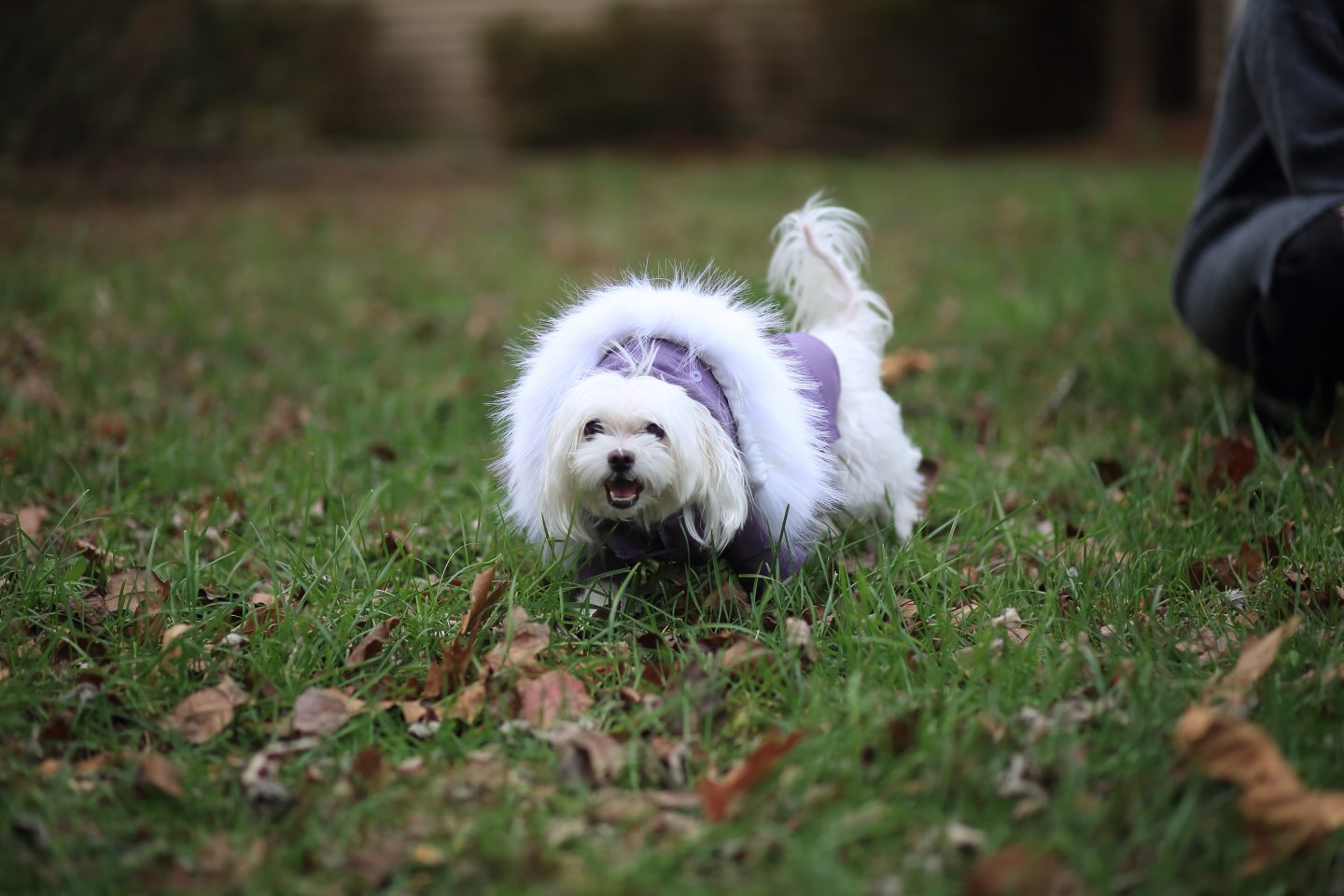 She looks and acts like a puppy still, and she’s more cuddle-able than ever.  She’s used to the injections so the shots don’t scare her one bit.  In fact, I think she actually looks forward to getting a treat after each one, lol.

Complications for a diabetic dog?

Due to her condition, she’s developed early signs of cataracts.  She’s started seeing a really great ophthalmologist though so I’m optimistic about her vision staying in tact. Apparently it’s too soon to get them removed, but we’re monitoring it closely to make sure we keep her vision as good as possible.  She’ll definitely need surgery at some point – it’s just a matter of when!

Thank god she has insurance.  Embrace has been a godsend, and no, they don’t sponsor me.  I enrolled her when she was a few years old, and it’s helped a ton.  I highly recommend that you guys get pet insurance as well!  These medical bills are no joke, and they’ve covered a large majority of the cost for both her visits and her meds.

Alright friends, that’s a wrap for today, but expect more posts featuring my adorable pup coming your way soon!  We’ve been taking a bunch of socially-distanced trips as of late so definitely make sure to follow our adventures on instagram stories.  For more on pup content, make sure to browse this tab and stay tuned for more.  Sending big e-hugs your way!