Sunday was insane!  I had a crazyyyy day scheduled but made it a bit more manageable by cancelling the restaurant gig I had lined up.  DMV traffic is really unpredictable so I decided to play things safe rather than be late to everything.  I woke up hella early to get ready because I had a modeling gig with Elegantees in Georgetown.  I met up with their fabulous photographer, Brianna, at Peet’s and we toughed the cold to photograph new pieces from their spring collection.

I had a second shoot lined up so I rushed to Bethesda after grabbing a quick bite a Chipotle.  I’ve been trying REALLY hard to eat clean so I just got a simple chicken bowl with brown rice, tomato salsa, corn salsa, and lettuce. Their sour cream is the bomb.com so I got a side of it to go, lol.  ONLY FOR A LITTLE DIPPING, I SWEAR!

I met up with Melanie (from La Belle Mel) at Kenwood Cherry Blossoms, and we shot a look there before heading into downtown Bethesda.  I’ve been living in the DMV for 7 years, and I still haven’t gone to DC see them yet, lol.  I know, I know.  I’m the worst ever, BUT I really don’t like huge crowds.

…don’t ask me how I lived in NYC for two years, ha…

Anywho, I was worried there’d be too many people, but it was fine because this is the “secret” area that people go to? Haha, I don’t know.  I’m thankful Mel told me about this place though – I’m definitely planning on bringing friends and fam next year.   It’s nowhere near as busy, and the streets are lined with trees!!!!

After shooting four looks with Mel, we wanted a quick snack so we hit up Joe & the Juice.  It felt very LA to me.  I tried their “Go Away Doc,” and it had carrot, apple, and ginger.  There were two sizes, but I went with the smaller of the two.  Was it good? Yeah, it was fine but too expensive IMHO.  We then hit up Gusto for actual food because Mel was hungry!  She’s vegan so she went with the build-your-own option.  They have vegan cheese + crust (their original) so you can go with the pickiest of eaters and not run into any issues. 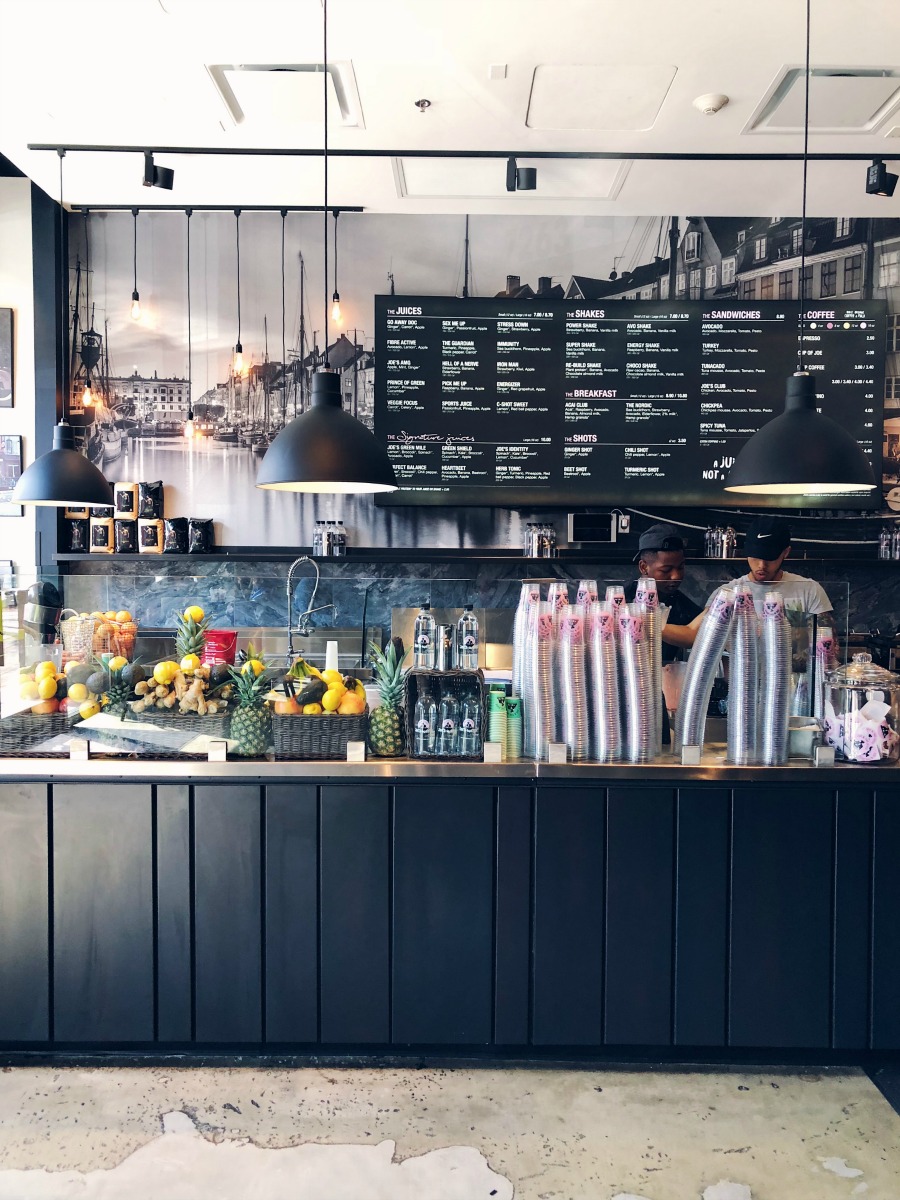 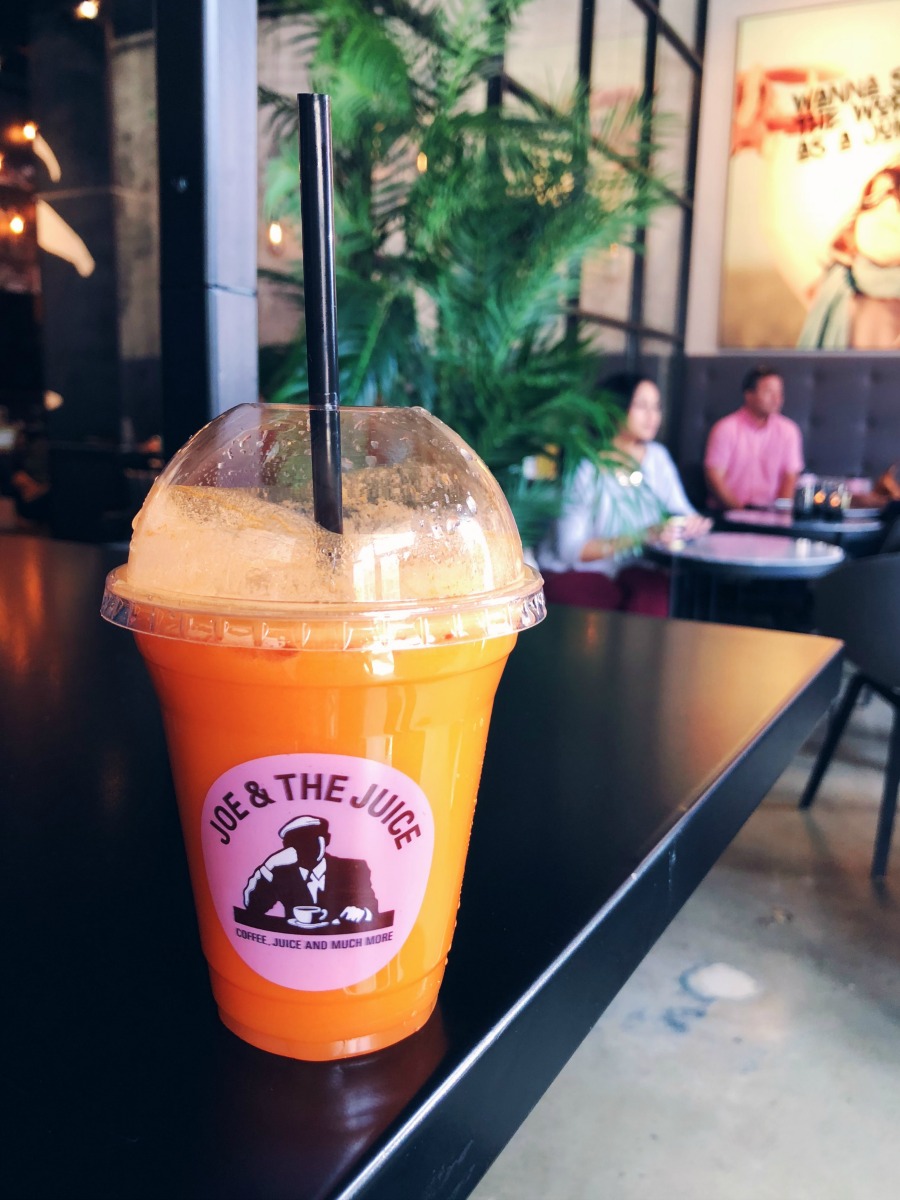 Yay for covering new restaurants!  I started the day off with a food shoot at Meatballs, Etc. Located on 7351 Assateague Drive, Jessup, Maryland, it’s nestled in a small shopping center – next to Panda Express and Mom’s Organic Market.  Brandi, the manager there, was SO nice that she made me want to come back even before trying the food.  I tried a handful of different dishes, but standouts were the turkey meatballs and the arugula salad.  Everything’s really affordable here so if you’re looking for bang for your buck, give this place a try.  Not gonna lie, the food’s probably not going to blow your socks off, but it’s good for what it is.  To see the pasta I tried, click here. 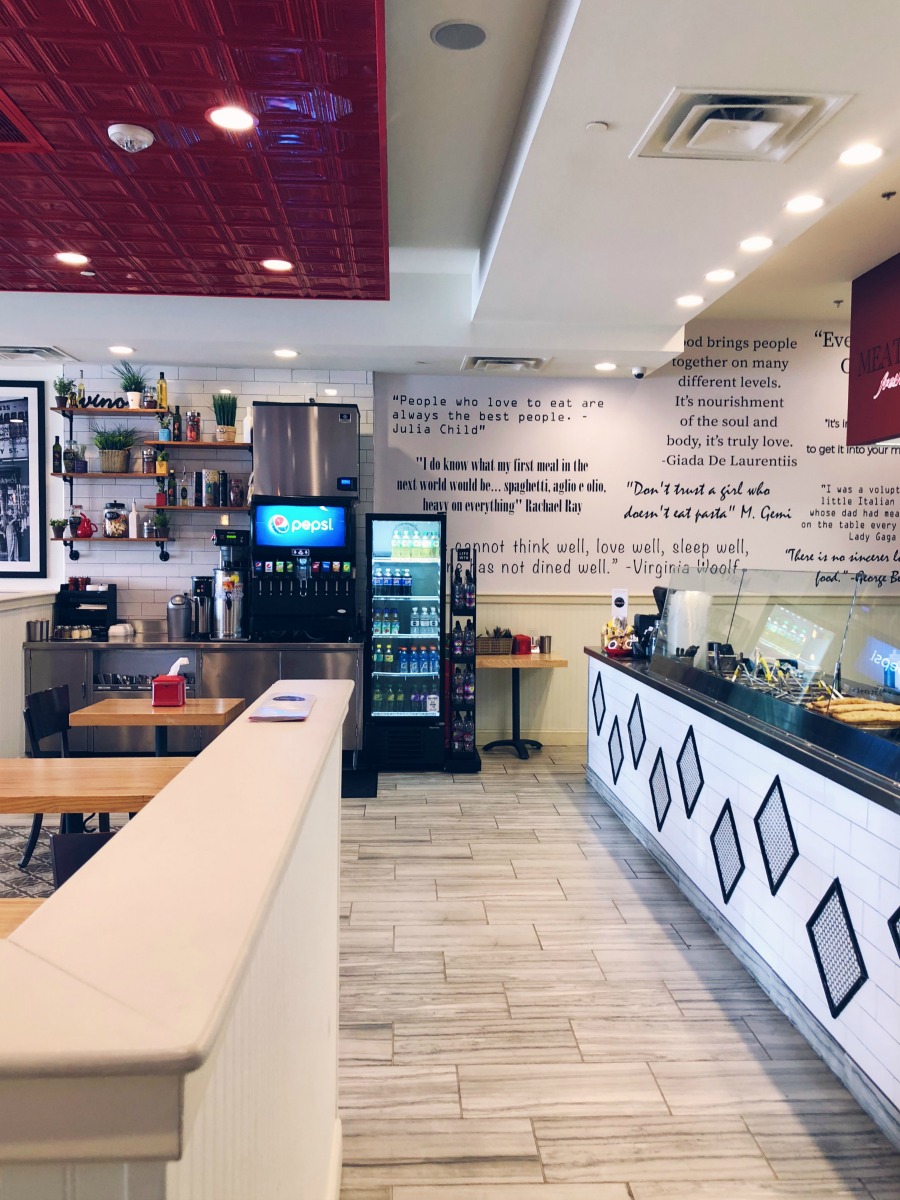 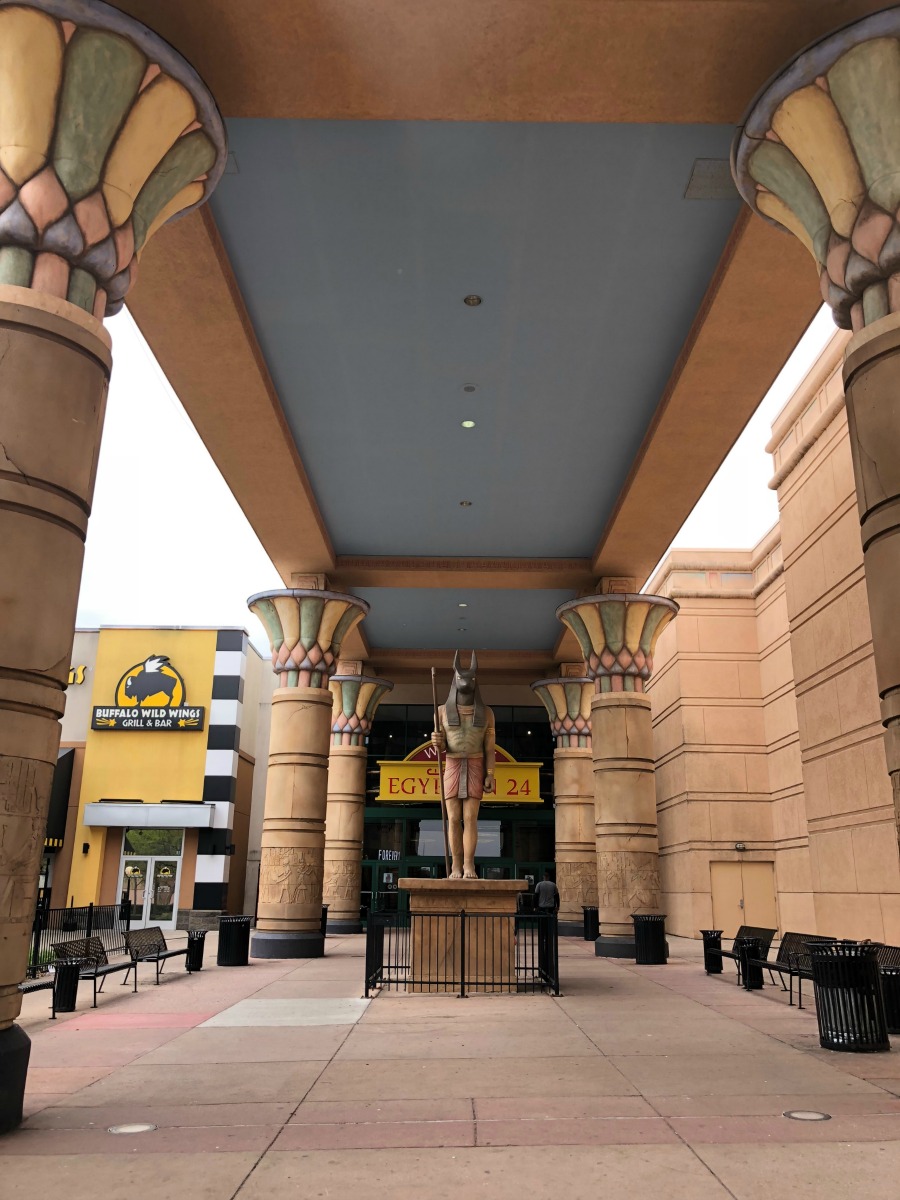 Then I drove over to Cinemark Egyptian in Arundel Mills Mall to see “A Quiet Place” with my friend Ulysses.  I heard awesome things about the film so I was stoked, but it wasn’t as scary as I thought it’d be.  It’s marketed as a horror film, but it’s definitely a thriller!  Props to Jim – ok his name is John Krasinski, but he’ll always be Jim to me – for doing a bamf job directing.  Let me know if you’ve seen the movie in the comment section below so we can discuss, lol.

Tuesday:  Hung out with Urban Decay at District Wharf

I was thrilled when I found out Urban Decay was coming to town.  They threw a fabulous dinner for us DMV influencers at District Wharf, and I was excited for more reasons than one.  I’ve been wanting to try Mi Vida ever since it opened soooo I was ecstatic that they chose that venue.  Good food and good company makes for a kickass night!  On top of spoiling us with an obscene amount of noms, they sent us home with a bamf swag bag.  I love, love, LOVE their Moondust eyeshadow palette, but my forever go-to will be their Naked palette. 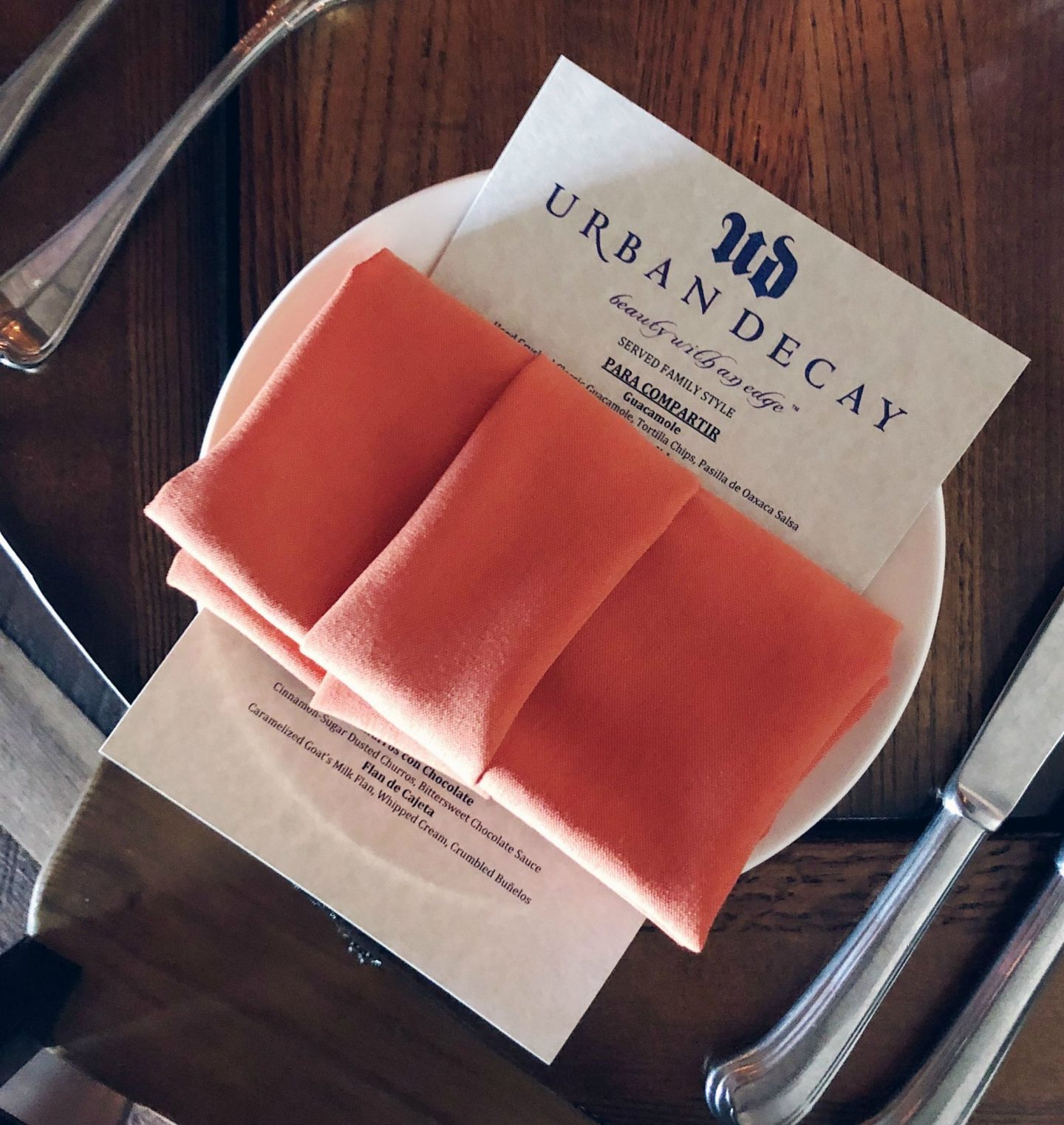 We started our meal off with guac and queso fundido.  Then came our aperitivos:  salad and quesadillas.  Our mains were salmon, enchiladas rancheras, and tacos de pollo asado, and they came with the following sides:  cornbread, CACTUS (!!!!!) and fried plantains.  We ended our meal on a sweet note with their flan and churros.  Serious epicness.  They also had an endless supply of alcohol, lmao.  I got a margarita and a sangria because it was a special occasion – I actually haven’t had alcohol in a long time! I gave it up with coffee a while back.  What can I say?  I’m a special kind of masochist =P

Omg, I DO need to complain though.  WHY IS PARKING THERE SO EXPENSIVE!!! My ticket was $22.  $22 freaking dollars.  Le sigh.  DC parking will be the end of me, I swear.  There were like 4 spots street side, lol.  If you have any tips on how to avoid paying an arm and a leg parking at District Wharf, I am ALL ears.

Yay for more food adventures, lol!  I met up with one of my favorite foodie friends, Justin Schuble aka DCFoodPorn, and we hit up Joselito and Pow Pow back to back.  And BTW, before I get into deets, I highly recommend both, like HIGHLY! Joselito’s is all about traditional Spanish cuisine with a modern twist.  The space is beautiful, and the food is just as exquisite.  I also really liked that everything (well most everything) was available in 3 sizes:  tapa (app), media ración (entree) and ración (family style). 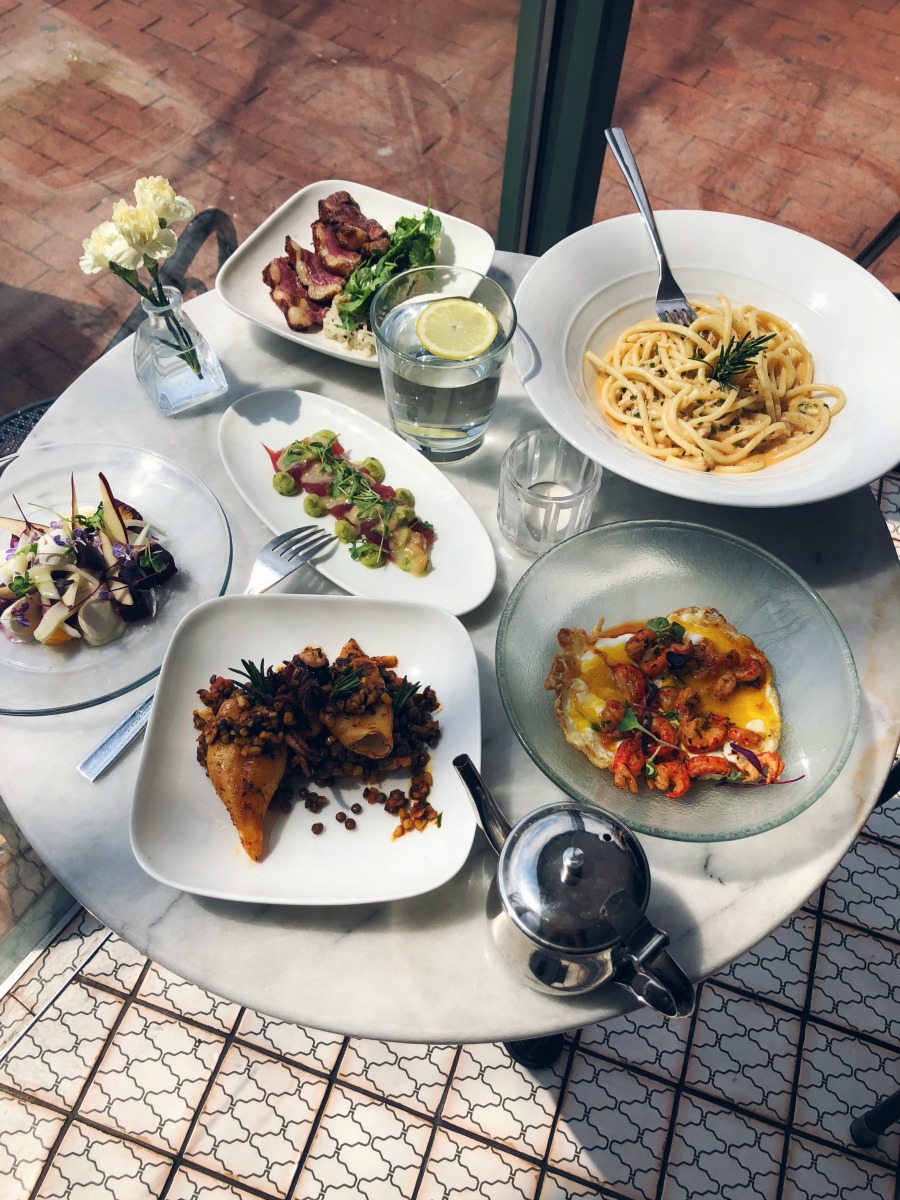 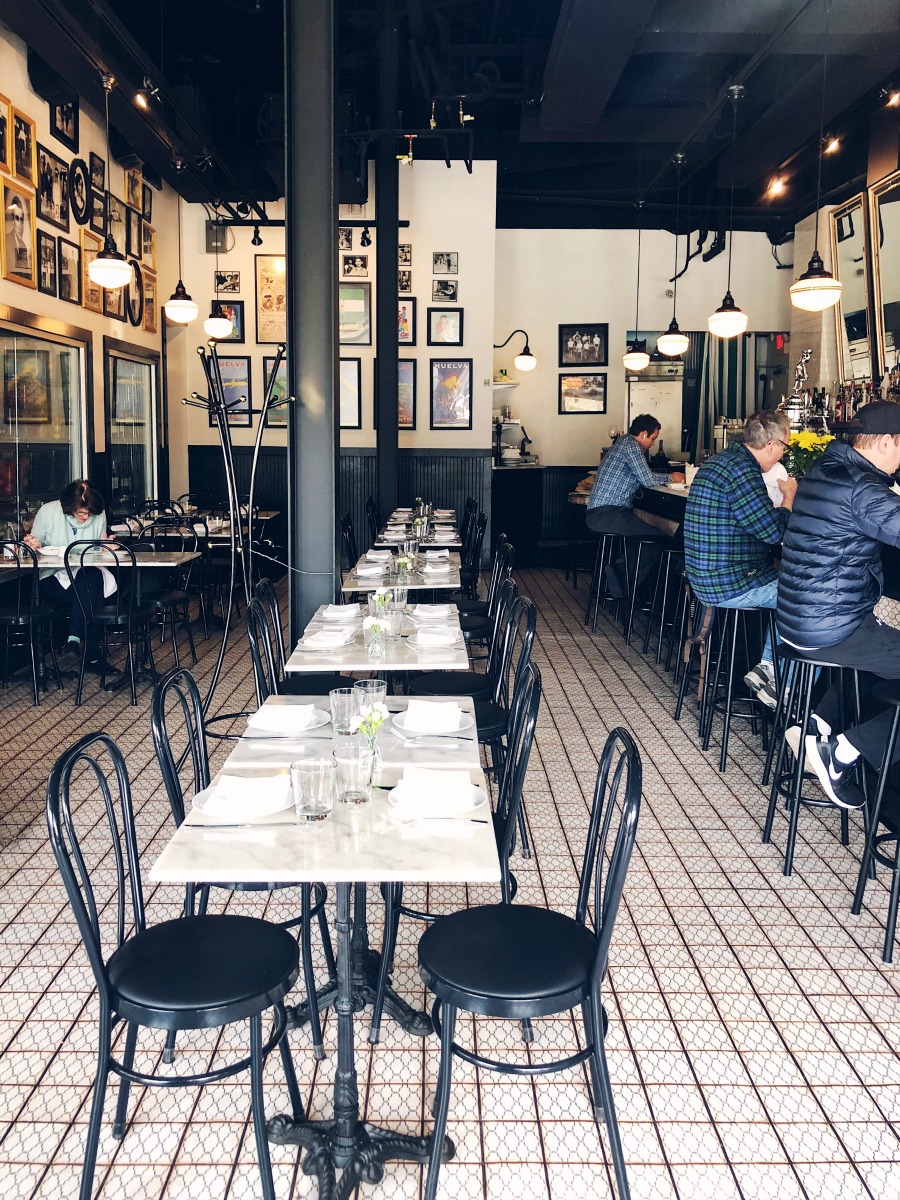 We ordered a la carte, and it was all SO delicious.  There were definitely clear standouts for me though – here are my must-try recs:

We were tempted by the bread pudding, but we were running late at that point so we tipped and left in a hurry.  Ok, now onto Pow Pow.  If you have any vegan friends, you NEED to bring them here because the food is legit.  I can’t even begin to tell you guys how impressed I was.  How can “fake meat” taste so real?!?!?! Mind. Blown.  If they didn’t tell me it was seitan, I would’ve had NO idea.  Try the Trolley fries, the Wu Banger, and the Natalie Porkman – those were my faves! 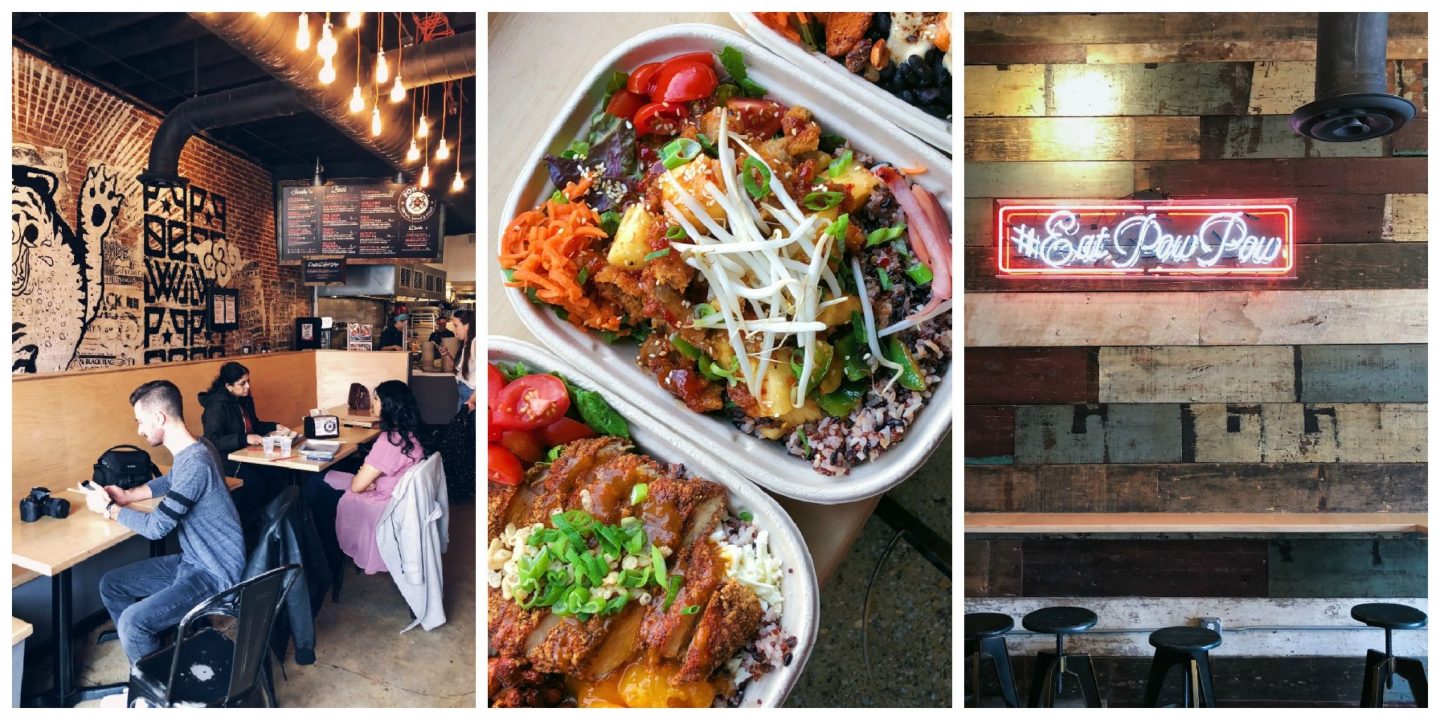 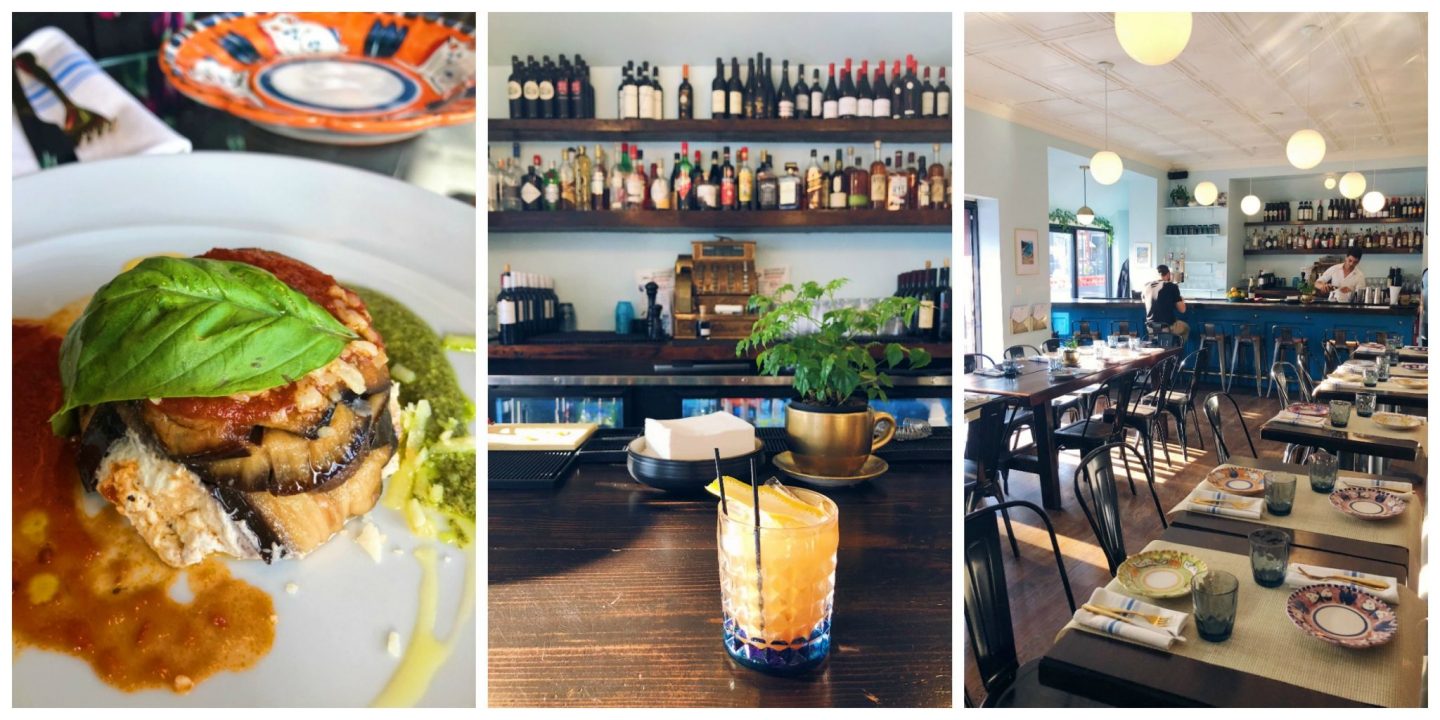 There’s a reason why I’ve been gaining all this weight, lol.  Carbs, carbs, and more carbs =P  I drove to DC at around 5 for Carla’s (aka Spicy Candy DC) blogger dinner party at Napoli Pasta Bar.  Located on 2737 Sherman Avenue NW, this place is a GEM and then some!  I honestly would’ve drove right past it if I didn’t know about it.  It looks fairly unassuming from the outside, but the interior is THE cutest ever.  We sat by the window on a VESPA table – yes, a freaking VESPA table – and sampled several different dishes from their menu. 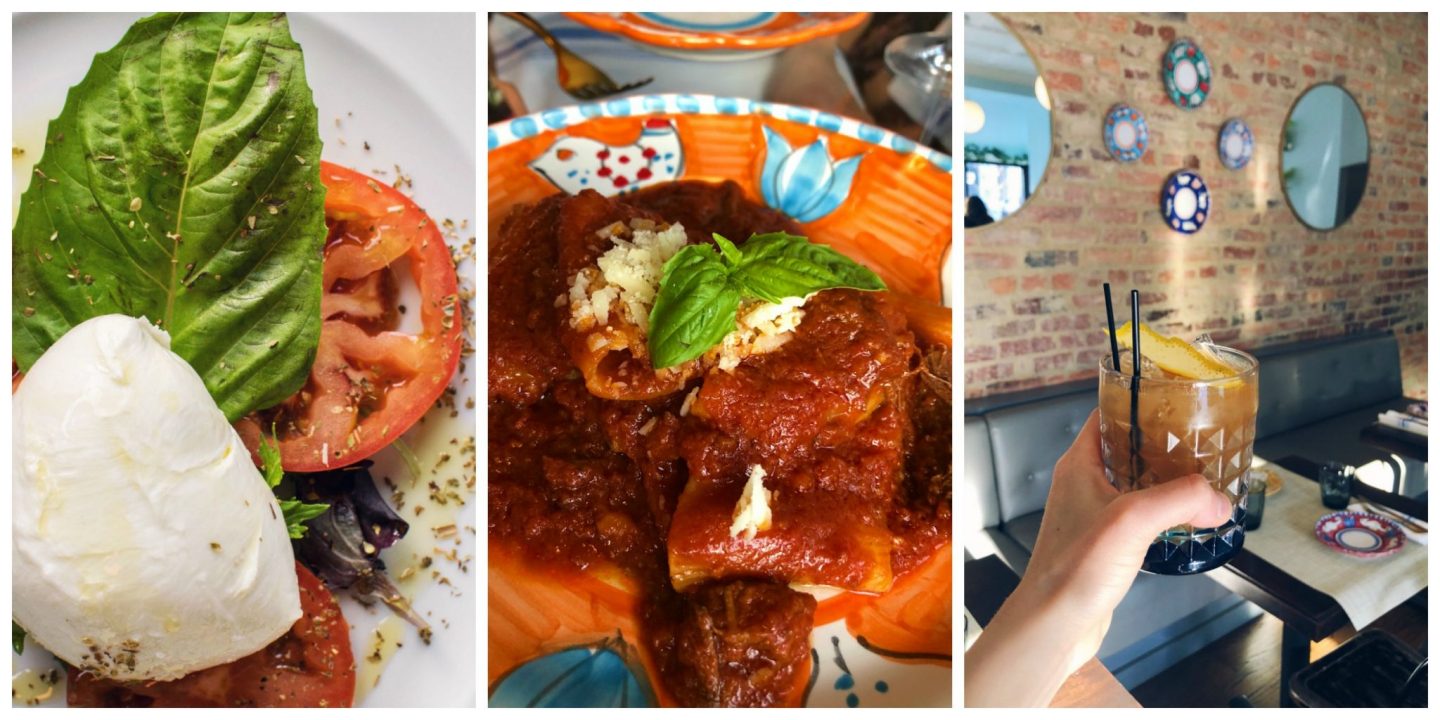 If you’re looking to indulge in ridiculously delicious Italian food, Napoli Pasta Bar is an absolute must.  They serve Neapolitan cuisine that will straight up blow your mind, and this spot’s perfect for date night or a fun night out with friends/fam.  My mom loves pasta almost as much as I do so I will def. be bringing her here the next time she visits!  Recommendations are as follows:

I left STUFFED, and the wonderful owners at Napoli Pasta Bar gave us the cutest swag bag ever!  It contained an adorable espresso cup and a bottle of their EVOO – I was running low so I was extra stoked, lol.  Afterwards, I still had a bajillion things to do so I hit the gym to wake my fat @$$ up.  Nothing gets me pumped like HIIT!

Sooo, my mom’s bday isn’t until July, but I decided to spoil her early because I never know what my schedule’s gonna be like – wasn’t sure I was going to be in town so thought I’d play it safe, especially since one of her favorite stores is located in the DMV: Golden Bella Jewelry.  They used to be in Ellicott City but recently moved to Centreville, VA so we trekked on over.  OMG traffic was terrible btw, but she was happy so I was happy.  Anywho, the man there is an artist and he custom makes most all of his designs!  We spent a good amount of time there browsing and chatting before purchasing a stunning earring + necklace set.

Afterwards, we hit up Tomo for lunch!  We don’t know the area very well, but they had pretty good reviews so we decided to give them a try.  My mom got their Tonkatsu (fried pork cutlet), and I got one of their lunch specials (udon + fried chicken with green onions).  The food wasn’t spectacular, but it was solid, especially for the price. Portions were HUGE and my set was only $10.  If you’re looking for a lunch spot that’s cheap but tasty, I recommend checking them out!  They were SUPER busy so you know their food is fresh. 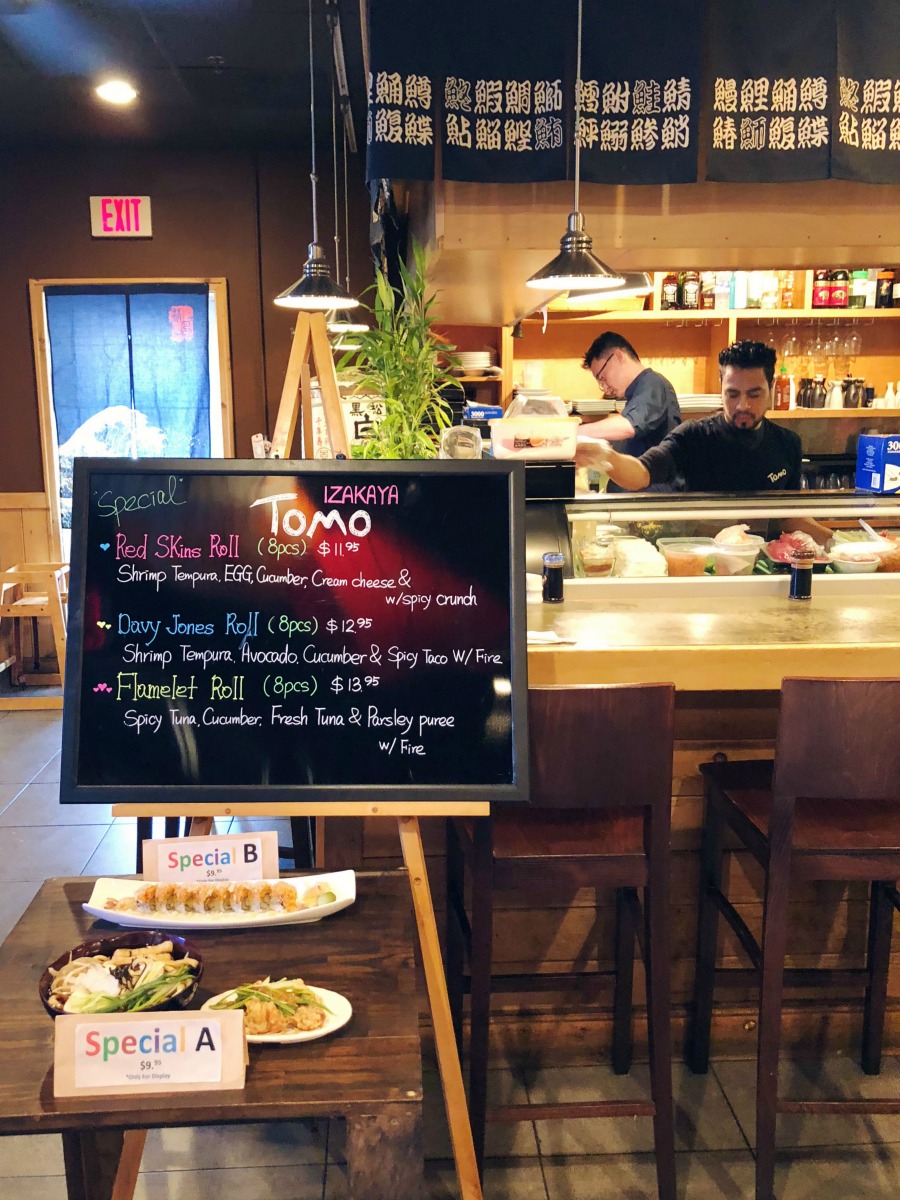 Afterwards, we hit up Siroo (across the street) for dessert.  They apparently have the best patbingsoo (aka Korean snow) in the area, and it was hot AF outside so this was a no-brainer.  They had 7 different flavors available, but we went with a regular W2 aka red bean ($7.99).  This was big enough to share, and it came with misugaru (korean traditional grain powder), bits of mochi, sweetened corn flakes and lots of red bean.  I also think there was condensed milk, but I’m not 100% sure!  This dessert was def. on the sweeter side, but we still really enjoyed it.  They sell all sorts of other stuff here, too.  Apparently their juk (aka korean porridge) is even better than their bingsoo so we’ll have to try it the next time we’re here.  They also have ready-made banchan (korean side dishes) for those of you interested.

We were really full, but we stopped by Tous Les Jours (a korean bakery…with a french name, lol) to see what they had.  We didn’t end up getting anything, but it was a cute space!  It’s located next to Spa World (!!!!) Um, I’m DEF coming back because I loveeeeee pampering myself! I haven’t been to a korean sauna in five-ever.  I think the last time was like 8 years ago in Jersey?  I legit spent the ENTIRE day at King Sauna, and it was the best ever, lol.  If you want serious R&R, I highly recommend going.  I’ll make sure to check out Spa World soon to let y’all know how it is. 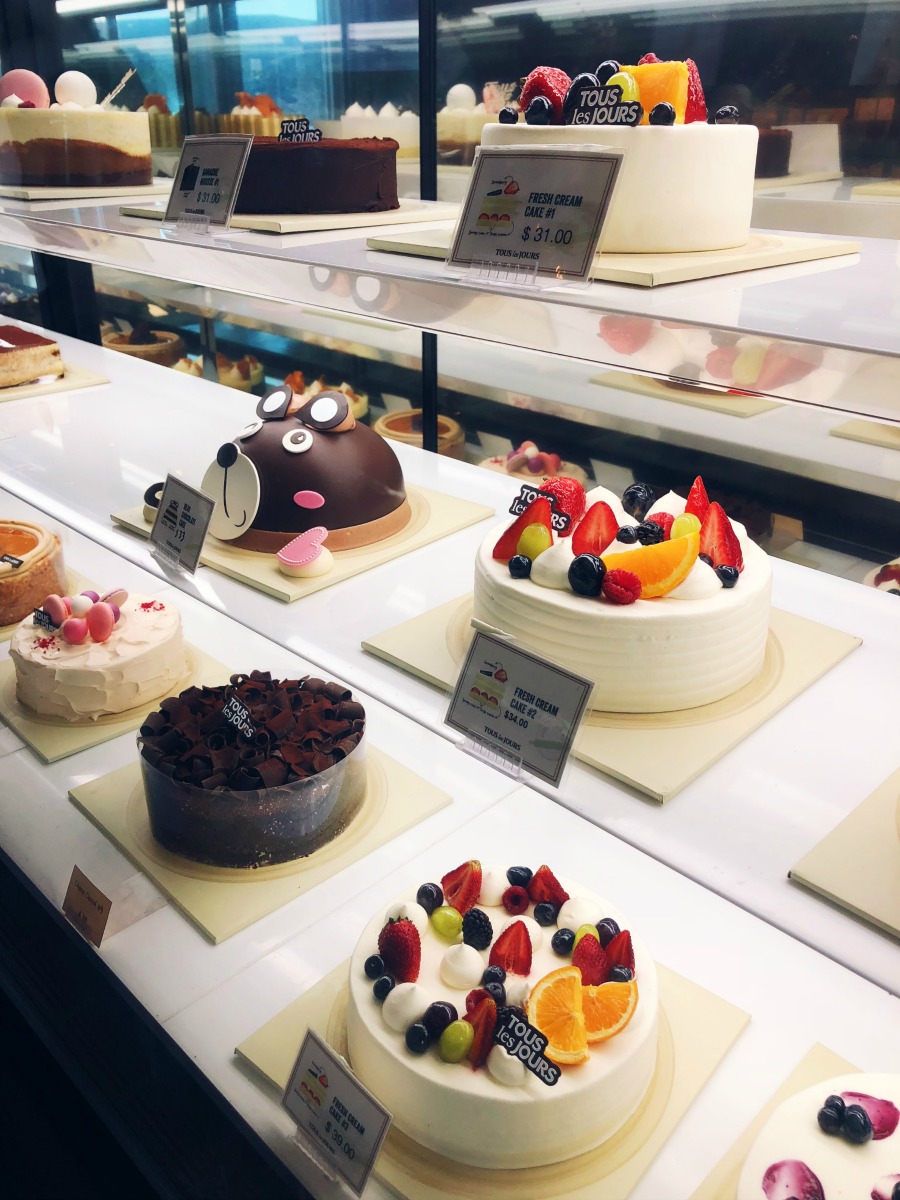 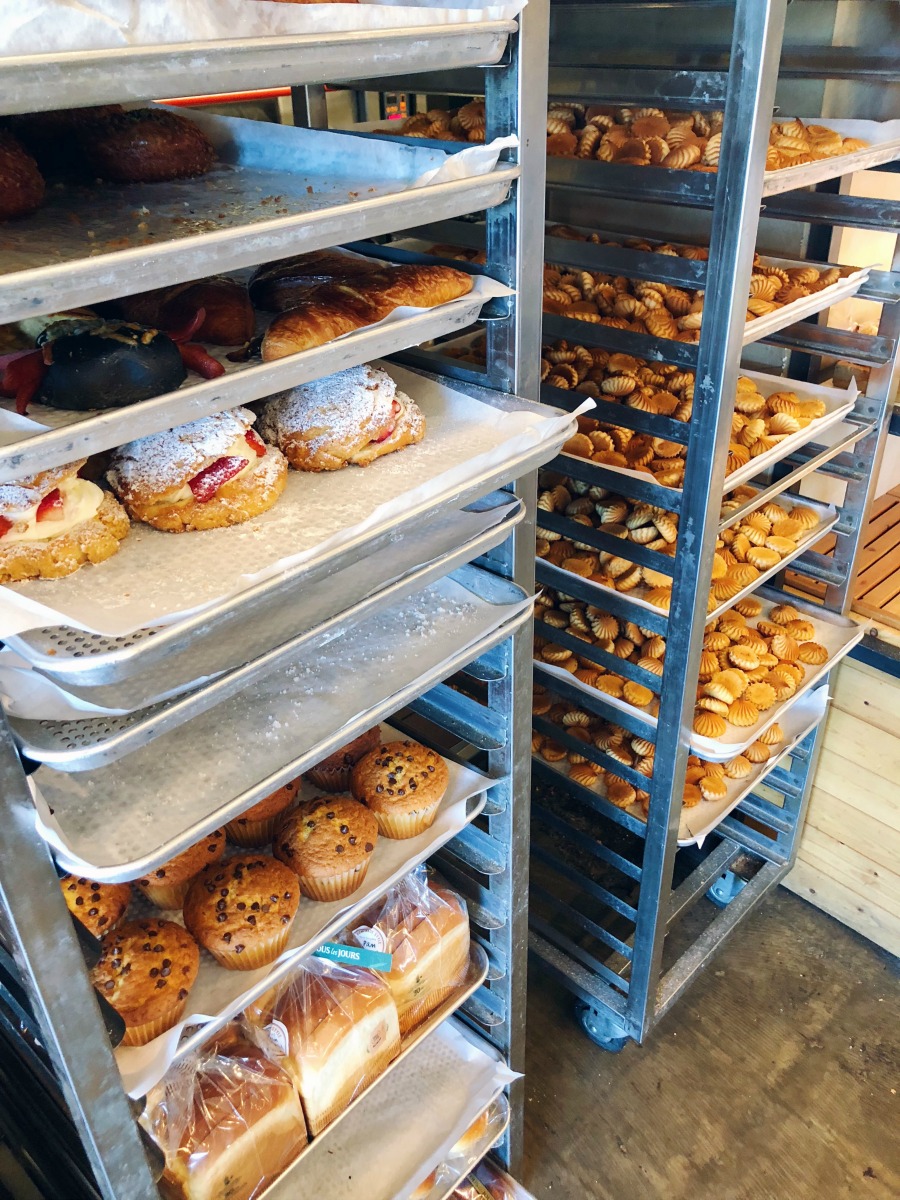 Anywho, that was my week in a nutshell! I don’t usually go out SUPER often so I may not do this every week, but I’ll try to update as much as possible.  What have you guys been up to and what are you looking forward to?  I’m in PGH for the next two weeks because my dog has surgery so I’ll be home taking care of my precious furbaby!  Please send prayers and positive vibes our way.  Sending lots of love from da ‘Burgh!

You may also enjoy: